Only man can use creativity. Man assembles the world, ravages, then reassembles it. It is never finished. That would mean the end of humanity.

Particularly in a world where creativity, unceasing innovation, the convergence of science and art have become prominent and dominant in the success of societies.

Particularly in a world where the greatest challenge for humanity seems to be how to coexist globally, while retaining its identity, freely.

Particularly in a world where the presence of the creative code—the design code—signifies the cultural and economic condition of a society.

The question is what social preferences are voiced within individual communities and whether the present, contemporary need to change the quality of human life surfaces.


This is primarily a cultural issue. For if you explore the concept of design, you get the pattern. The beginning of the pattern shows that opera used to be avant-garde, and now design is.

The pattern continues unfolding that design is not an artistic movement or the synonym of being chic, but an attitude. It is a constant criticism of routines, a fundamental unit of the quality of human life, a social phenomenon.

We do not aim to follow, but to seek new paths, the totality of answers given to social problems. Here and now, in Central Europe, in Hungary, continuously. About what is collective, central, community, European.

Oh, lest I forget: the book, the Design Yearbook. We did it. For the first time in Hungary.

Moholy-Nagy University of Art and Design Budapest has always been a leader and trendsetter of Hungarian design history. The university is also an intellectual workshop, which inherently entails that it is also provides written input for international professional dialogues, i.e. through the publication of technical books and magazines. The Hungarian design scene may have amassed its greatest debt in the reception of design. This shortfall has escalated so much by now that it seriously hinders our progress and significantly overshadows our international visibility. As the legitimate and authentic player of the creative industry, MOME intends to put an end to this anomaly by two new publications, the Hungarian Design Yearbook and the academic journal Disegno. The above publications and the book Made in MOME—published since 2007—can cover all levels of the Hungarian design scene. The journal launches academic discussions, the university almanac addresses higher education stakeholders, while the design yearbook will be useful for all design people from policy decision-makers through students to keen laymen. The opinion leader publications, available both online and offline, are the most efficient means of knowledge transfer as far as we know it.

The Hungarian Design Yearbook 2013 with full English translation is a niche work settling our professional community’s multiple decades of debt, while it also empowers us to enter international dialogue with head held high. There are no books out in the market presenting a summary of contemporary Hungarian design in a condensed form at the moment (nor has been one in the past decades) despite the fact that each design-aware nation that treats its creative industry as a strategic sector has a yearbook-type publication.
The existence of the Hungarian Design Yearbook is the concern for all Hungarian designers. Hungarian and foreign professionals, designers and the public at large have received only atomised information on what is going on in the Hungarian design scene, if the happenings are in line with international trends, or what the peculiarities and typical movements of contemporary Hungarian design are. There is still no crossover or information flow

between the individual fields of design. The majority of designers have no information on what is happening in Hungarian design life beyond their own fields, what international achievements we have, where we are or what success lines we have. Naturally, this book does not take a sect oral / materialistic approach individual design trends, consequently, it may be instrumental in helping the establishment of new concepts, terms and approaches in design for both professionals and the public.
The summary, communication and dissemination of achievements certainly raise the prestige of the design profession at home and internationally, and may increase trust for design, i.e. the social integration of design, among professionals and laymen. The Yearbook published by MOME has a clear message: the university is a think tank that, besides shaping the Hungarian design scene by way of its daily practices, disregards its own particular interests and acts as a responsible patron, a conscious and active player of the design scene.

The book, in line with its commitment, focuses on the results and remarkable works of the Hungarian design scene in 2013. The essays in the first part analyse relevant Hungarian phenomena and structure the achievements of the year by special themes/buzzwords also in consideration of the global and international trends. The Yearbook does not venture to register and document all the players in the Hungarian design scene of 2013, but rather presents a thematic selection that features students’ school assignments, graduation works and professional products side by side. Of course, we shall not focus on the achievements of MOME only, but the whole of the Hungarian design scene. This way the works of other institutions and designers who graduated elsewhere receive the same respect as our ‘private’ works, including Hungarian designers living abroad. Consequently, we give you the largest possible variety and the widest possible focus.

We hope to publish the Hungarian Design Yearbook every year from 2014. 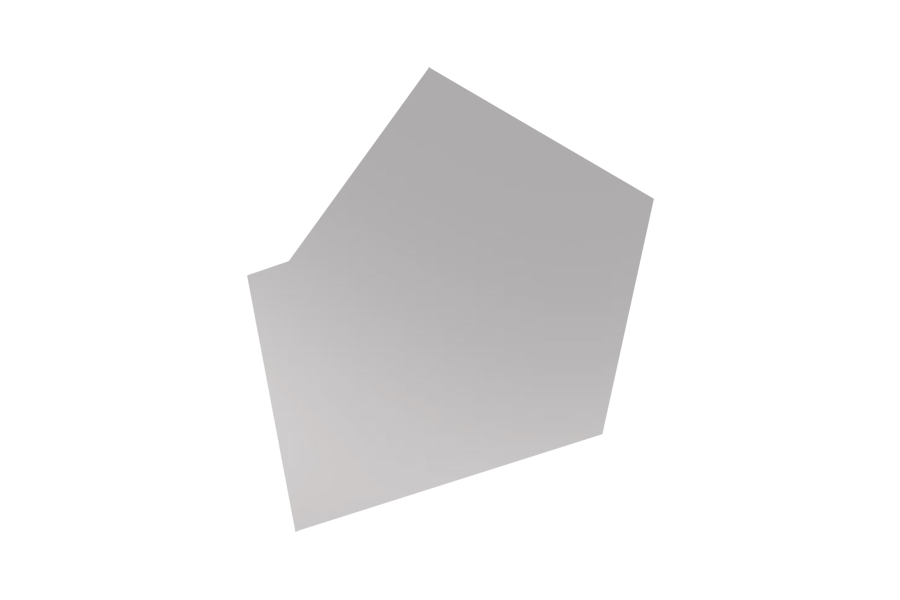 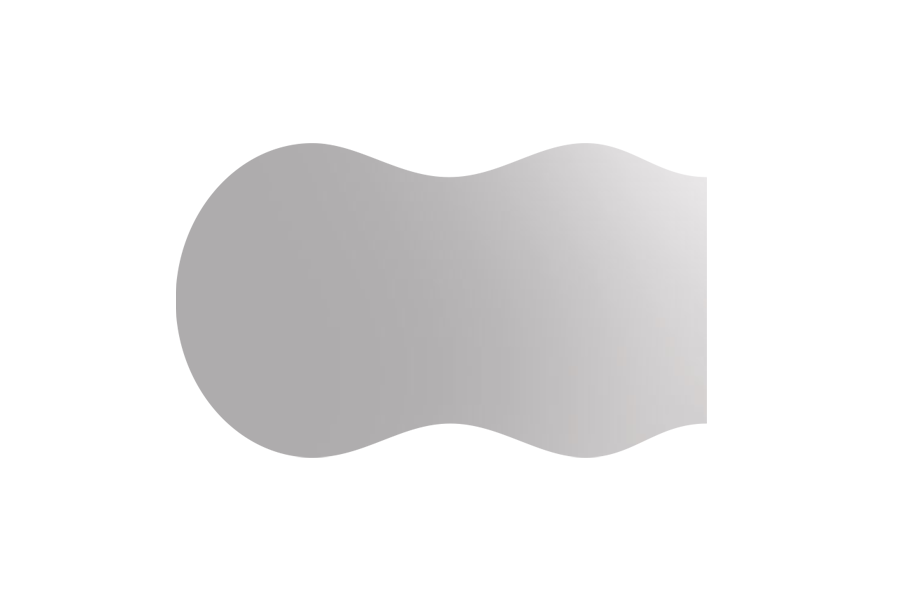 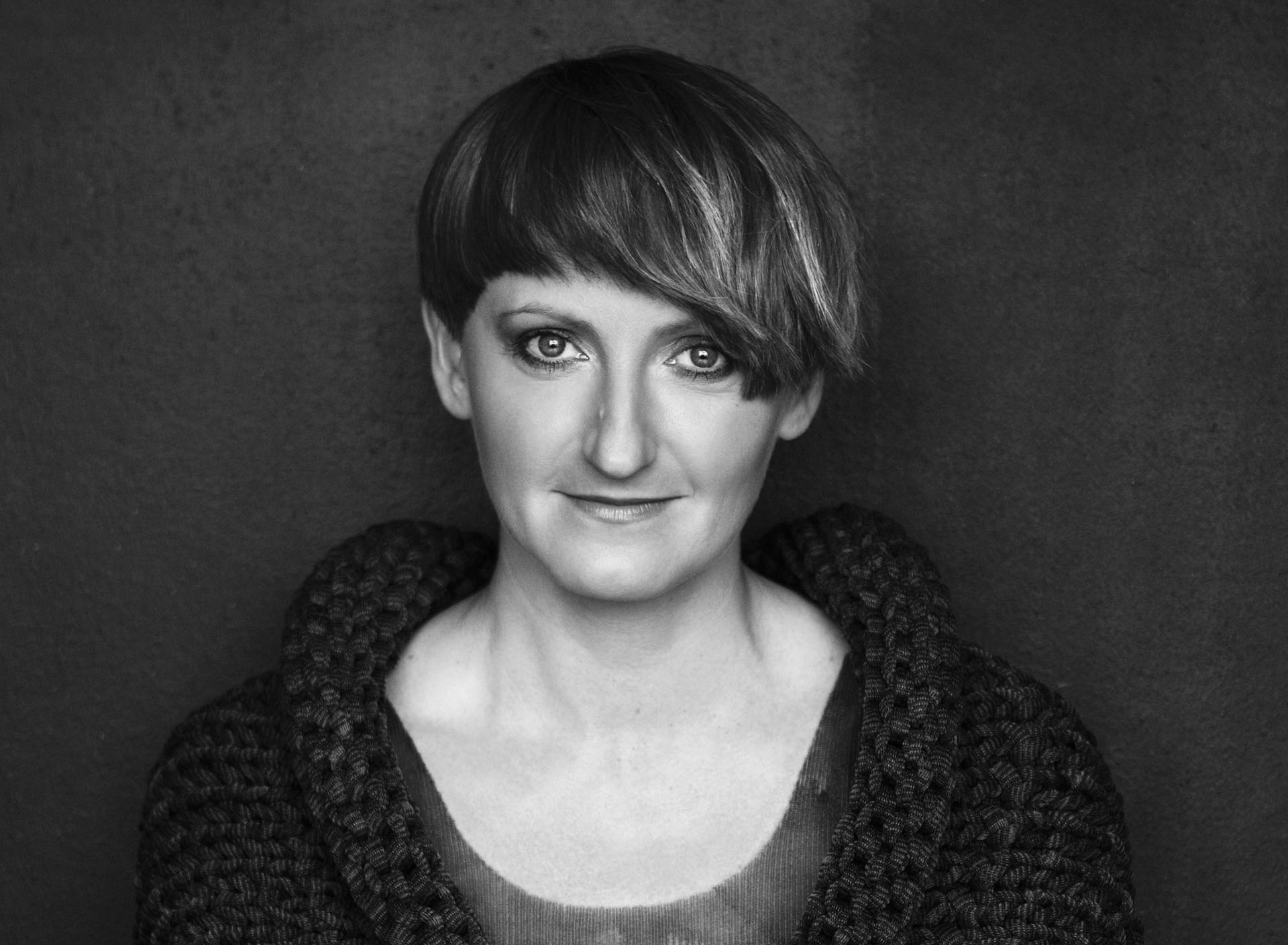 She began her career at Atrium, the first Hungarian design periodical in 1995 parallel with her studies at the Hungarian–Aesthetics Department of the ELTE Faculty of Arts. She was the editor-in-chief of the bilingual periodical between 1998 and 2004. In addition, she translated, edited and proofed professional literature and informative books (e.g. Metamorphosis of iron, The loft, Design in the 21st century, Design manual, Furniture World Styles) and organised large-scale design exhibitions and events. Director of the Ponton Gallery, the official exhibition site of Moholy-Nagy University of Art and Design Budapest since 2004. In the past ten years, she has organised numerous (travelling) exhibitions for MOME as part of the official programme at the most prominent design events and festivals. Rita was involved in the national and international projects of MOME as curator and project manager. She was the chief curator of Budapest Design Week festival between 2008–2013. She pushed to make the festival international and developed several permanent programme elements. She’s been the member of the Hungarian Design Council since 2011. In addition to her position at the university, she is currently working on programmes for Hungary as guest of honour country at the Vienna Design Week as the curator of the Hungarian presence in Vienna.
–
Photo: László Emmer 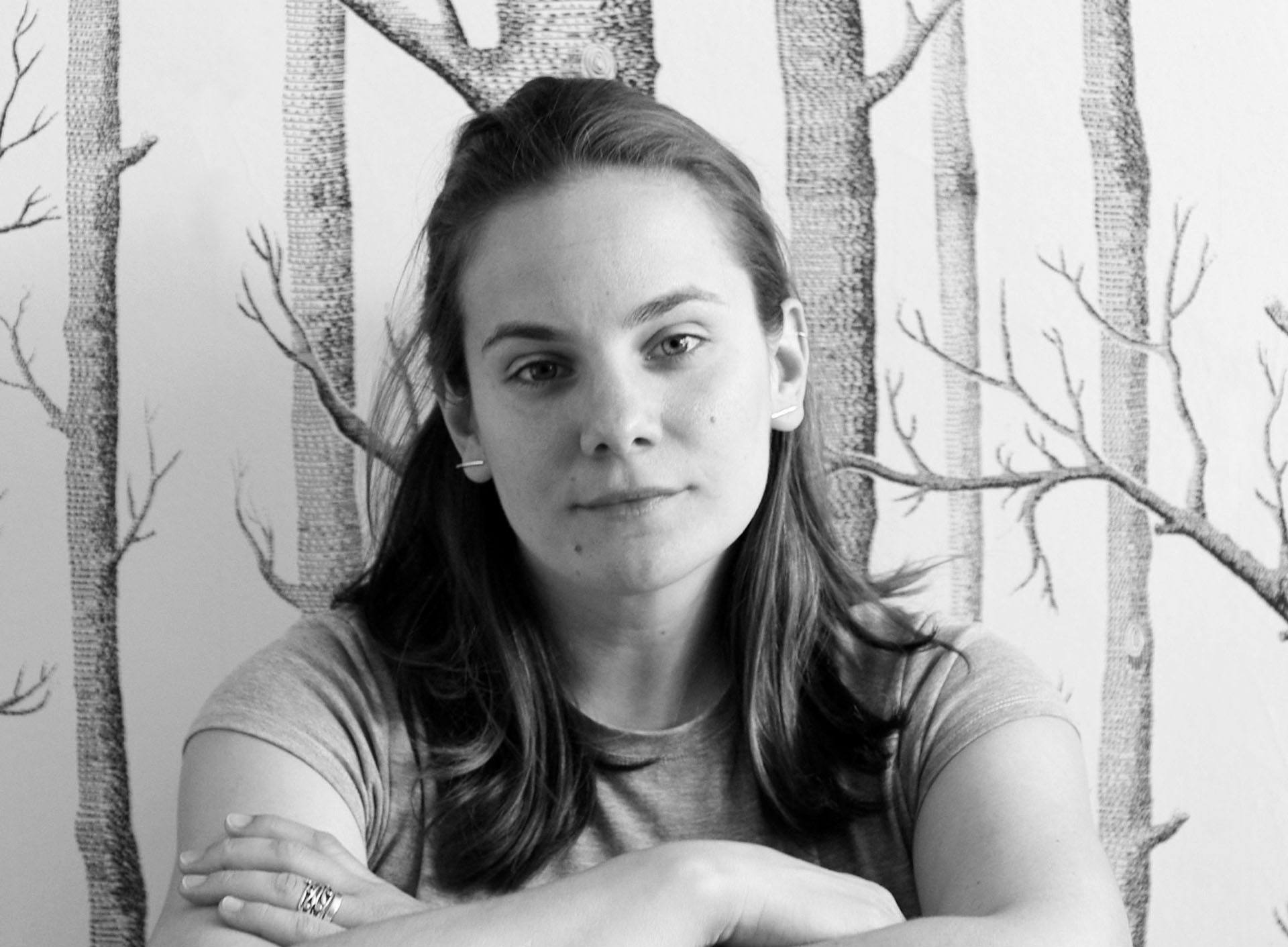 She graduated from KREA School of Contemporary Arts as an interior designer, later graduated from ELTE as cultural event organiser, then gained her BA at the Department of Art and Design History of Moholy-Nagy University of Art and Design in 2013. Petra started Stilblog,one of the most popular design themed blog in Hungary in 2010. She was the innovator and key organiser of the programme series ‘Inspiring Design Theory’ launched in autumn 2013. She focuses her professional interest on socially sensitive areas of design; www.designforall.hu, the website launched in 2014 and dedicated to this theme showcases the best Hungarian and international works produced in the spirit of sustainable design and inclusive design. She is currently going to the Design Theory master programme of MOME.

He studied at Eötvös Lóránd University (ELTE) and The Sapienza University of Rome. After graduation, he became the editor of www.hg.hu, the Hungarian architecture and design magazine with the largest reader base. He was editor-in-chief between 2009–2013. He became member of the Board of Curators at the Hungarian Contemporary Architecture Centre in 2011 and worked as the chief organiser of CreativeMornings in Budapest between 2011–2013. He publishes primarily in the fields of architecture, design, media design and graphic design. His commitment to popular science is demonstrated by his book on Art Nouveau Budapest and his entries in Wikipedia. He began working at MOME in February 2014.
–
Photo: Szabolcs Molnár 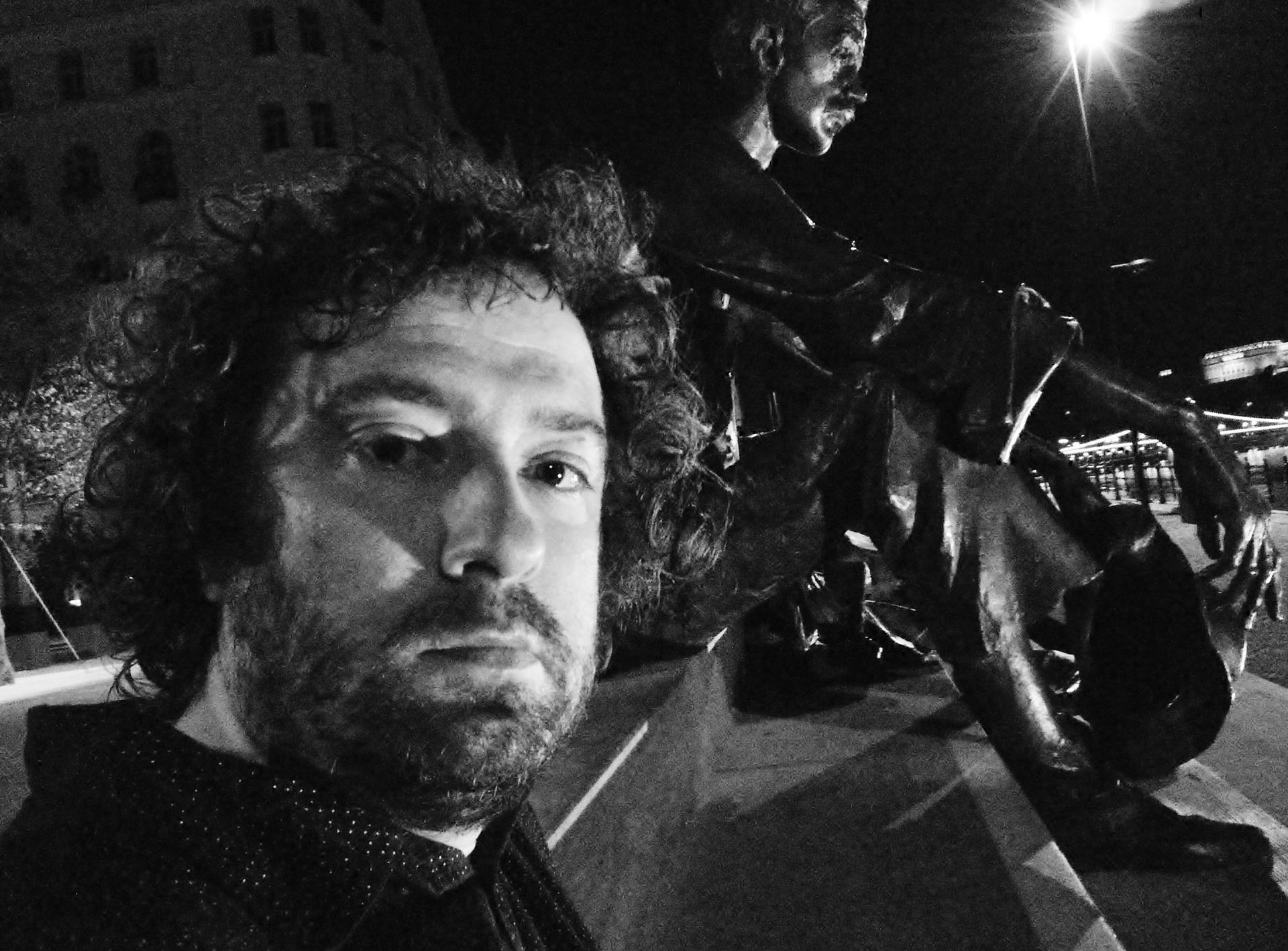 He studied literature, linguistics, aesthetics, history of philosophy and history at ELTE, L’Università degli Studi di Napoli L’Orientale and the Central European University between 1993–2002. Márton was a junior research fellow (JRF) of the Hungarian Academy of Sciences (MTA) through 2005–2009, resident Mellon Fellow at the Royal Netherlands Academy of Arts and Sciences—Netherlands Institute for Advanced Study (NIAS, KNAW, Wassenaar) between 2006–2007, and the Marie Curie Intra-European Fellow of the European Commission at the University of Oxford in the 2010/2011 term, where he was also the senior visiting research fellow of the Modern European History Research Centre and the Plumer Fellow of St Anne’s College. He wrote several monographs (Egyetemes tudomány Erdélyben / J. H. Alsted and the Herborn Legacy in Transylvania, 2008 and Design és kultúra / Design and culture, 2010) and edited numerous anthologies in design theory (Térpoétika / Poetics of Space, 2010 and Narratív design / Narrative design, 2013). He was a contributing editor of Magyar Narancs (2002–2006), OCTOGON architecture&design (2002–2005) and Építészfórum (Architects’ Forum, 2005). He is currently the editor of Helikon (MTA), Obeliscus, and Disegno. PhD in Literary Studies (2005), tenured associate professor in design culture at MOME (2008).

–
Ministry of Justice and Public Administration